Topic: Development processes and the development industry the role of NGOs, SHGs, various groups and associations, donors, charities, institutional and other stakeholders.

For Prelims and Mains: Meaning, features and significance of PCE and NBFCs.

The incentive comes at a time when NBFCs and HFCs have requested the government and regulators to ensure that confidence returns to the market. They have sought relaxations of the National Housing Bank’s credit rating norms related to refinance, lowering of the criterion on years of existence to one year, providing for 10% of the loan loss by the government and capital infusion in banks.

What is credit enhancement?

Credit enhancement means improving the credit rating of a corporate bond. For example, if a bond is rated BBB, credit enhancement, which is basically an assurance of repayment by another entity, can improve the rating to AA. This is done to provide an additional source of assurance or guarantee to service the bond.

RBI has now allowed banks to provide credit enhancement up to 20% of the total bond issue. This means banks (one or many together) can assure repayment of dues related to a bond issue up to 20% of the value. Other than banks, organisations such as India Infrastructure Finance Co. Ltd also provide this facility.

BENEFITS FOR THE ISSUER:

Typically, bonds issued by subsidiaries or special purpose vehicles (SPVs) of infrastructure companies seek enhancement. Since the projects take a long time to become operational and generate money, along with the risk of implementation, often their formal credit rating is not very high. Through the credit enhancement facility, the existing rating can be improved at an early stage, which enables the issuer to raise funds at a relatively lower yield. Higher the credit rating, lower is the cost of raising funds.

Since these bonds are long-term in nature, they appeal to institutional investors like pension funds and insurers. However, these investors, especially pension funds, invest mostly in investment grade securities which are at least AA-rated. Credit enhancement makes the bonds more attractive by improving the rating enough so that institutional investors become interested in adding these to their portfolios.

BENEFIT FOR THE INVESTOR:

For the investor, the facility provides a sort of insurance in case of hard times. Basically, the credit enhancement gets used only when there is a shortfall in either paying interest or repaying principal. Hence, investors are more secure about repayment even if there is uncertainty regarding cash flows for some time.

BENEFITS FOR THE BOND MARKET: 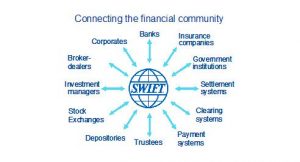 Context: The Head of the US Treasury Steven Mnuchin has announced that Washington wants the world-wide payment network to cut off its services to the entities that were affected by Iran sanctions and warned that otherwise SWIFT might be sanctioned as well.

The US will reintroduce sanctions against Tehran that were earlier lifted under the Iran nuclear deal, on November 5. These sanctions will affect the country’s energy, banking, and shipping sectors.

The SWIFT is a global member-owned cooperative that is headquartered in Brussels, Belgium. It was founded in 1973 by a group of 239 banks from 15 countries which formed a co-operative utility to develop a secure electronic messaging service and common standards to facilitate cross-border payments. It carries an average of approximately 26 million financial messages each day. In order to use its messaging services, customers need to connect to the SWIFT environment.

Messages sent by SWIFT’s customers are authenticated using its specialised security and identification technology. Encryption is added as the messages leave the customer environment and enter the SWIFT Environment. Messages remain in the protected SWIFT environment, subject to all its confidentiality and integrity commitments, throughout the transmission process while they are transmitted to the operating centres (OPCs) where they are processed — until they are safely delivered to the receiver. 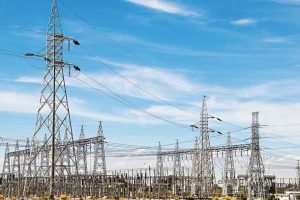 For Prelims and Mains: Location, significance and key features of the project.

Context: A Loan Agreement was recently signed between India and Japan on Japanese Official Development Assistance loan for the construction of Turga Pumped Storage (I) of Yen 29.442 Billion (Rs. 1817 crore approximately).

Mains level: Laws related to citizenship by birth in India as well as the US and their misuse by illegal immigrants

Proposal to scrap US citizenship by birth for non-residents

Impact of the change

[Edit.] How not to choose among allies

Mains level: US sanctions on Iran and why India should not toe the line as sketched by the US

India’s affection with the US

[Edit.] Too faint for comfort? on GST collection

GST collections on the rise

Reasons behind the increase

Mains Paper 3: Economy | Effects of liberalization on the economy, changes in industrial policy and their effects on industrial growth

Prelims level: Particulars of the Ordinance

Mains level: Viability of such Blue Bonds for India

what is blue bond?

Benefits of the Bond

Mains level: Changing dynamics of US policies and its impact on India

The impending US sanctions